0 3
Share
Coronavirus
The 140 cases comprise of people who returned to the state from the Tablighi Jamaat congregation and the relatives who have come in contact with them.
TNM Staff
Subscribe to our newsletter 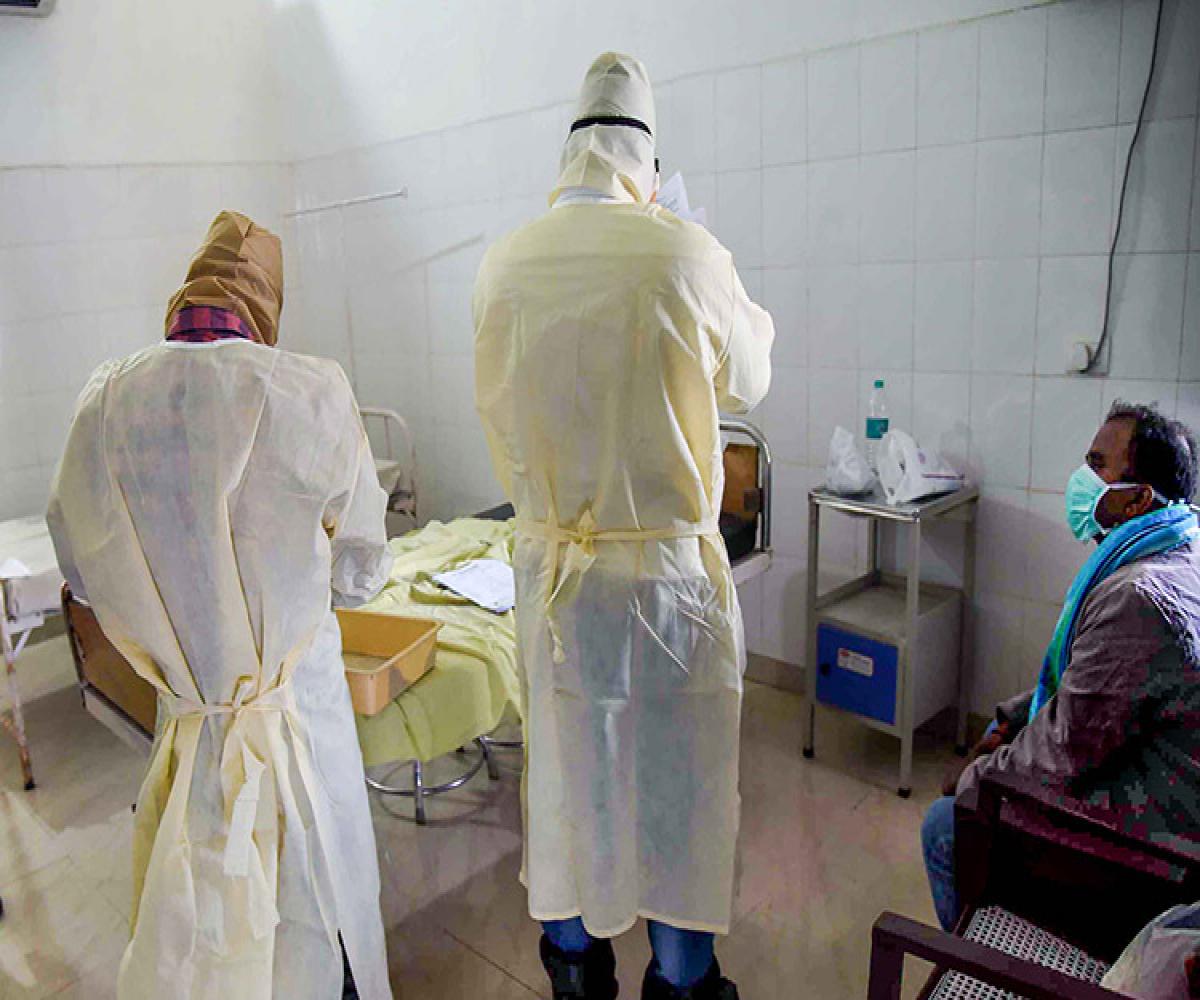 Image for representation purpose only.
Out of the 164 people who have tested positive for the novel coronavirus in Andhra Pradesh, 140 are related to the Tablighi Jamaat event in Nizamuddin, Delhi, the state government said in a statement.
The 140 cases comprise of people who returned to the state from the Tablighi Jamaat congregation and the relatives who have come in contact with them.
The state health department on Friday reported three new COVID-19 cases – two in East Godavari and one in Visakhapatnam district. Two patients were also discharged from hospitals after testing negative for the virus: patient 2 from Ongole, who came from Newcastle, United Kingdom, and patient 4, who had returned from London.
With the addition of these two, a total of four people have recovered from COVID-19 in the state.
The Tablighi Jamaat event, which has led to clusters of COVID-19 cases in several states including Tamil Nadu, Telangana and Delhi, had 1085 attendees who were from Andhra Pradesh. Samples of as many as 946 attendees and their contacts, who are in the state, were collected and tests for the disease were conducted.
Meanwhile, Andhra also saw the first COVID-19 related death on Friday – a 55-year-old man who returned from Delhi recently. His samples tested positive for the virus after his death. The health and disaster management authorities have quarantined around 30 people who came in contact with the deceased and his son in Vijayawada.
At a review meeting with state officials, Chief Minister Jagan Mohan Reddy instructed the officials to strictly implement all the safety guidelines for COVID-19 keeping in view the sudden hike in the number of cases after the return Tablighi Jamaat event attendees.
He has also appealed to the residents of the state to support Prime Minister Modi’s call to unite by lighting up lamps and turning on the cellphone lights at their houses for nine minutes at 9 pm on April 5.
Body 2:
0 3
Share FacebookTwitterGoogle+ReddItWhatsAppPinterestEmailLinkedinTumblrStumbleUponVKDigg

Video: Two groups indulge in street brawl in Vijayawada with sticks, stones and…

After Math: Playing around on the PS5 while Blizzcon goes bye-bye

Go ahead, make my (birth)day: 10 memorable lines from Clint Eastwood