0 1
Share
Coronavirus
However, city bus services will remain suspended at least till May 31, while interstate services need permissions from other states.
IANS
Subscribe to our newsletter 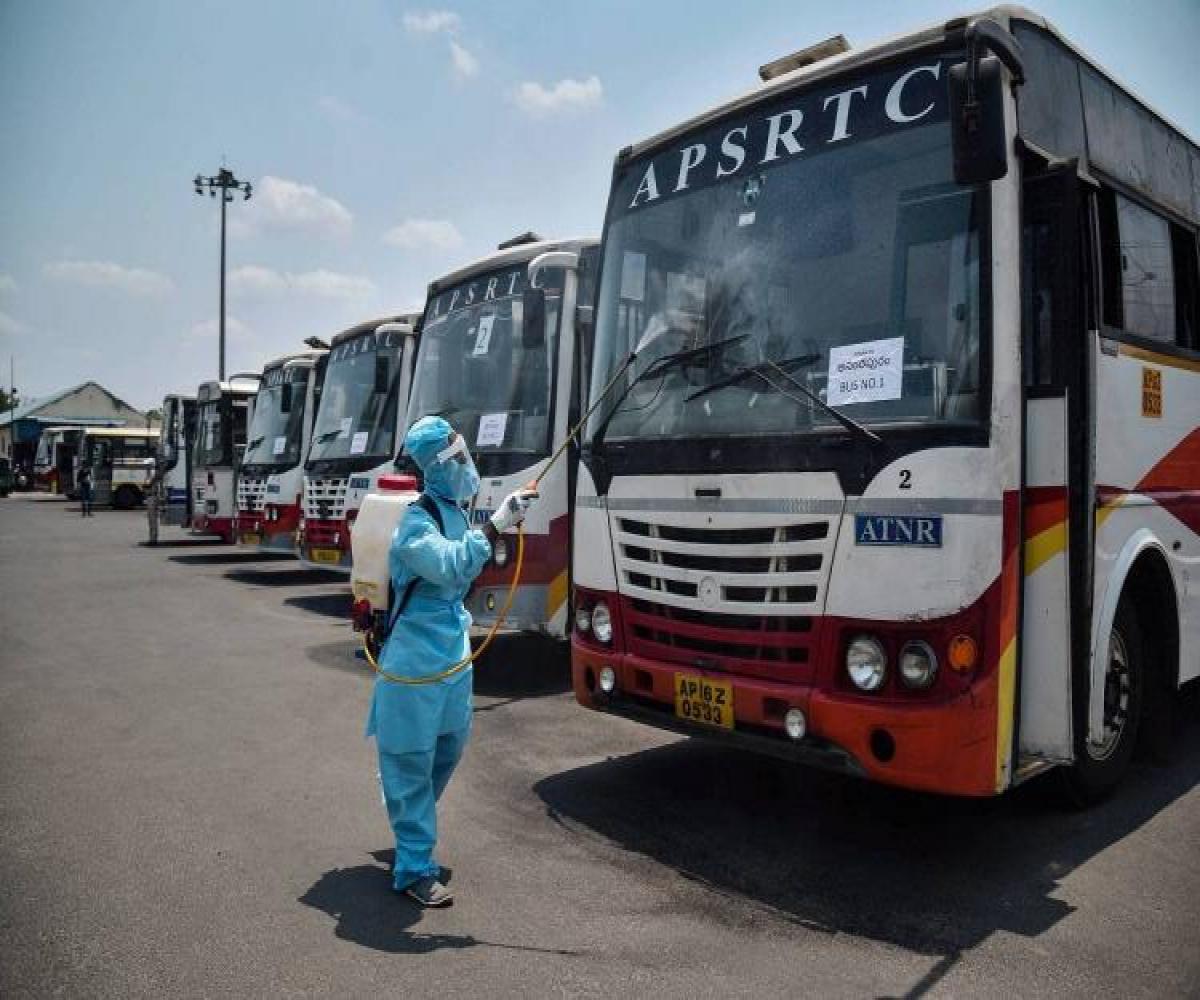 File image/PTI
After nearly two months, Andhra Pradesh State Road Transport Corporation (APSRTC) buses returned to the roads on Thursday with the state-owned transport utility partially restoring its services.
With the government relaxing the lockdown norms, APSRTC buses hit the roads after 58 days. However, the city bus services have not resumed in Vijayawada and Visakhapatnam to check possible spread of COVID-19.
APSRTC Vice-Chairman and Managing Director Madireddy Pratap said that only 17 percent of buses were being operated for now.
The state-owned corporation has 12,000 buses, but only 1,683 buses are being operated on 436 routes. APSRTC plans to gradually ramp up the operations depending both on the occupancy in the buses, and the state’s progress in containing the spread of coronavirus.
APSRTC officials said bus services resumed at 7 am with new operating procedures for the employees and safety guidelines for passengers.
Passengers were seen queuing up at bus stations since early morning. Only those passengers who bought tickets online or at the current booking counters at the bus stations and wearing masks were allowed to board the buses.
Names and phone numbers of those buying tickets at the counters were being collected by the staff.
The buses were being operated without conductors, as they could increase the possibility of physical contact. Pratap said. The bus fares remain unchanged but the travel concession passes of all categories will not be accepted for now.
APSRTC has resumed bus services in all categories like Palle Velugu, Express, deluxe, ultra-deluxe, super luxury and AC in select routes.
Passengers were provided with hand sanitizers before boarding the bus.
All shops at bus stations have been asked to sell masks at Rs 10 per piece.
APSRTC is ensuring Implementation of physical distancing norms in buses and at the bus stations. It has rearranged the seating in deluxe, ultra-deluxe, super luxury and other high-end services, while in other categories of buses, alternate seats are allotted to passengers.
Officials said all buses will be sanitized with disinfectants after completion of every trip. Buses will run from 7 am to 7 pm. Those travelling long distance have been asked to reach bus stations before 7 pm as the night curfew remained in force across the state.
Citizens above 65 years and children below 10 years have been advised to avoid travel.
The bus services in Andhra Pradesh resumed three days after neighbouring Telangana restored the services. Both the states have not restored city bus services and inter-state operations.
However, barring city bus services in Hyderabad and inter-state services, Telangana has restored operations on all routes across the state.
Body 2:
0 1
Share FacebookTwitterGoogle+ReddItWhatsAppPinterestEmailLinkedinTumblrStumbleUponVKDigg

Streaming Guide: What to watch on June 5