0 3
Share
Infrastructure
South Central Railway said that the operation was one of the biggest rail maintenance works done amid the lockdown.
IANS
Subscribe to our newsletter 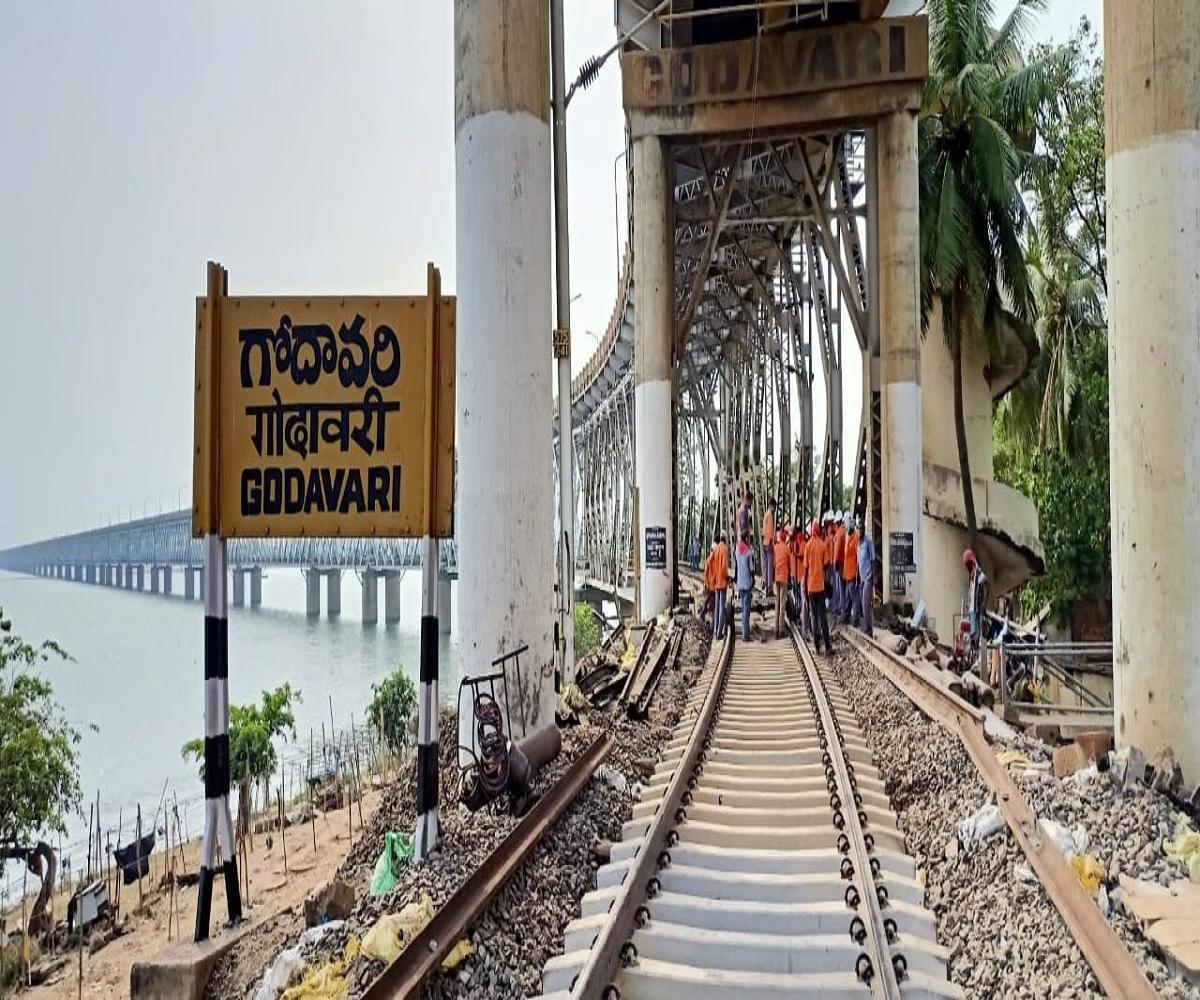 With passenger train services regulated during the extended lockdown, the South Central Railway (SCR) completed comprehensive track maintenance work on the “iconic second Rail-cum-Road Bridge” across the Godavari river near Rajahmundry in Andhra Pradesh.
According to an official statement from SCR, track maintenance work on the 3-km bridge was undertaken for the first time in 43 years, after it was commissioned in 1977. The work was executed in a mega block of 36 hours during which all train movement on the bridge was stopped, enabling the task.
The work had been pending for want of such a long block to train services given the fact that the bridge is critical to the South-East Rail link of India, bridging the two sides of the Godavari on the Vijayawada-Visakhapatnam Railway Section of the Zone. Safety, while undertaking the works, was another major concern.
SCR officials said the work presented huge challenges on account of the technical aspects associated with the engineering of the bridge, which handles rail traffic on the lower deck and road traffic on the upper deck.
Moreover, working space on the bridge for the rail personnel involved in the job was insufficient, requiring them to make adjustments and accommodate co-workers in completing the task.
The Rail-cum-Road Bridge with 34 spans, including 28 spans with steel girder and 6 spans with PSC deck slabs, and spanning across the Godavari, is the 3rd longest rail-cum-road structure in India, next only to the Digha-Sonpur bridge across the Ganga near Patna and Bogibeel bridge across the Brahmaputra in Assam.
Built by the Braithwaite, Burn & Jessop Construction Company, the rail-cum-road bridge streamlined train movement on the vital Chennai-Vijayawada-Visakhapatnam-Howrah sector, which was earlier catered by the first Godavari bridge, more popularly known as the Sir Havelock Bridge, now a heritage structure.
Body 2:
0 3
Share FacebookTwitterGoogle+ReddItWhatsAppPinterestEmailLinkedinTumblrStumbleUponVKDigg

Over 100 COVID-19 cases in five weeks in Vizag, 40 per cent are super-spreaders

Over 3.3 lakh migrants have left by trains and buses from Karnataka