0 4
Share
Coronavirus
With this, 19 wards in the city have been declared as containment zones as of Friday.
TNM Staff
Subscribe to our newsletter 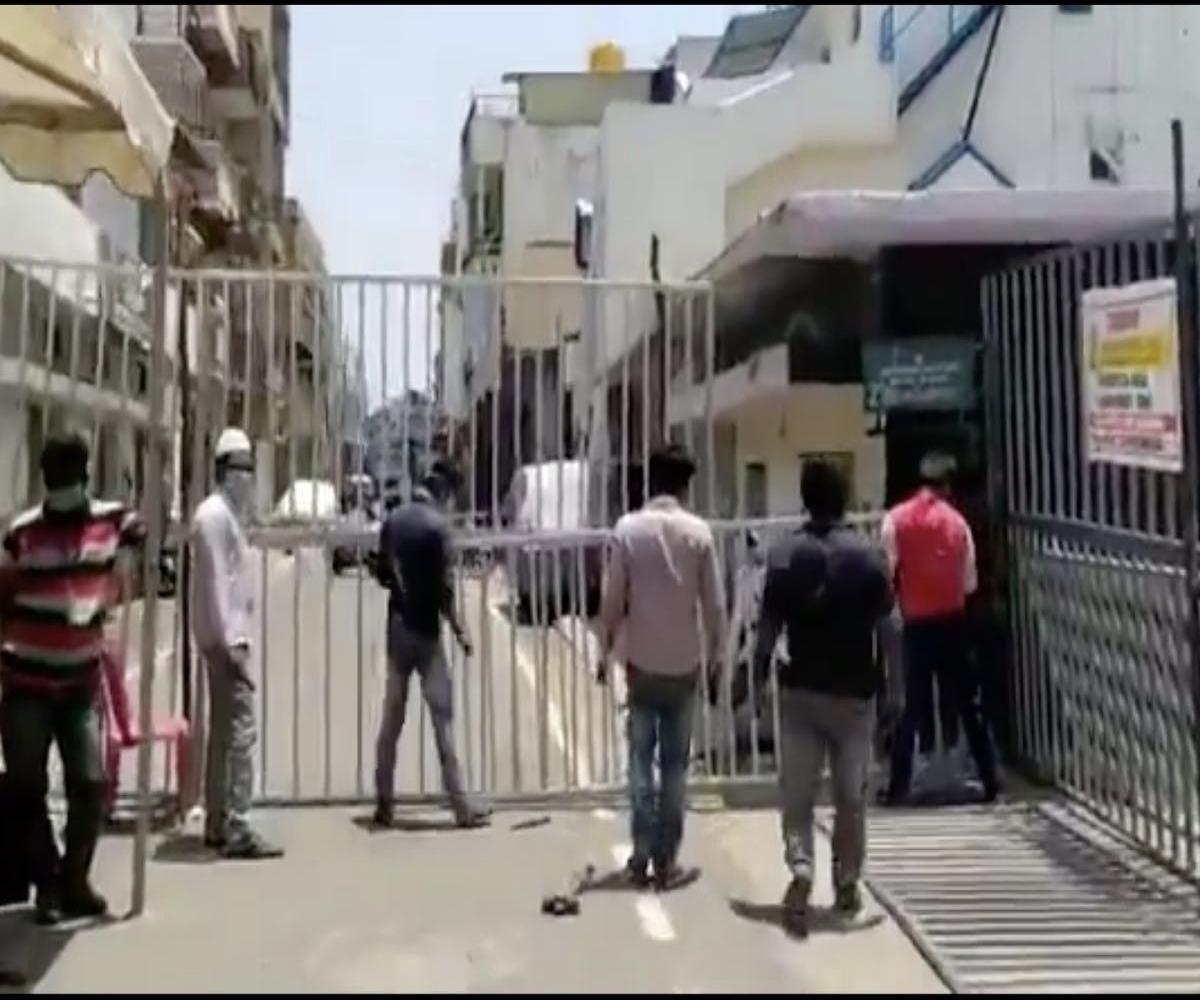 Screengrab| @BBMPCOMM/Twitter
Bengaluru civic body, Bruhat Bengaluru Mahanagara Palike (BBMP) has declared two places in the city as new containment zones in the past two days, owing to rising COVID-19 cases, an official said on Thursday.
The city incidentally saw six new cases on Thursday taking the total cases to 256. Among these, 124 people have recovered and another 122 are still being treated. Nine persons have succumbed to their comorbidities.
“Mallathahalli in Nagarbhavi 2nd stage has been declared a containment zone. This area in Jnanabharathi Ward number 129 under RR Nagar zone is being sealed down,” tweeted BBMP Commissioner BH Anil Kumar.
With this, 19 wards in the city have been declared as containment zones as of Friday, where strict lockdown rules are imposed as opposed to the rest of the city.
While Bommanahalli, West and South zones have 4 wards each with containment zones, East zone and Rajarajeshwari Nagar have three wards while Mahadevpura has one ward with containment zone respectively.
Kumar said the civic body is taking all measures to break the chain of COVID-19 transmission. On Wednesday too, BBMP declared new containment zones in the city.
“With fresh cases reported from Jnanabharathi Nagar and Nagawara, BBMP has declared new containment zones. Inspected Ward 23 and directed a complete seal down of Nagawara,” he said.
Contact tracing in the containment zones is in progress. The civic body workers barricaded Nagawara Ward 23 at the entry and exit points.
Meanwhile, BBMP has also deputed three teams to look into the complaints of returnees from abroad and other states who chose to quarantine themselves in hotels at their own expense.
“BBMP has set up 3 teams to look into issues raised by returnees in hotel and hostel quarantine with regard to cleanliness, hygiene, food arrangements and other issues,” Kumar said.
He said the teams will also handle the complaints of hotels overcharging the quarantined returnees.
The commissioner shared a list of room tariffs approved by the civic body which the hotels can charge the returnees.
Bengaluru Urban is grappling with the second highest number of COVID cases in the state at 122. It has also seen nine deaths, highest in Karnataka.
(with IANS inputs)
Body 2:
karnatakanews
0 4
Share FacebookTwitterGoogle+ReddItWhatsAppPinterestEmailLinkedinTumblrStumbleUponVKDigg

Govt launches two apps to give real-time info on rainfall, urban flooding in…

Anurag Kashyap says it was ‘painfully difficult’ to work with Abhay Deol in Dev.D