0 4
Share
CAA
The resolution is expected to be moved towards the end of the special discussion on the Constitution, scheduled for March 2 and 3, the sources said.
PTI
Subscribe to our newsletter 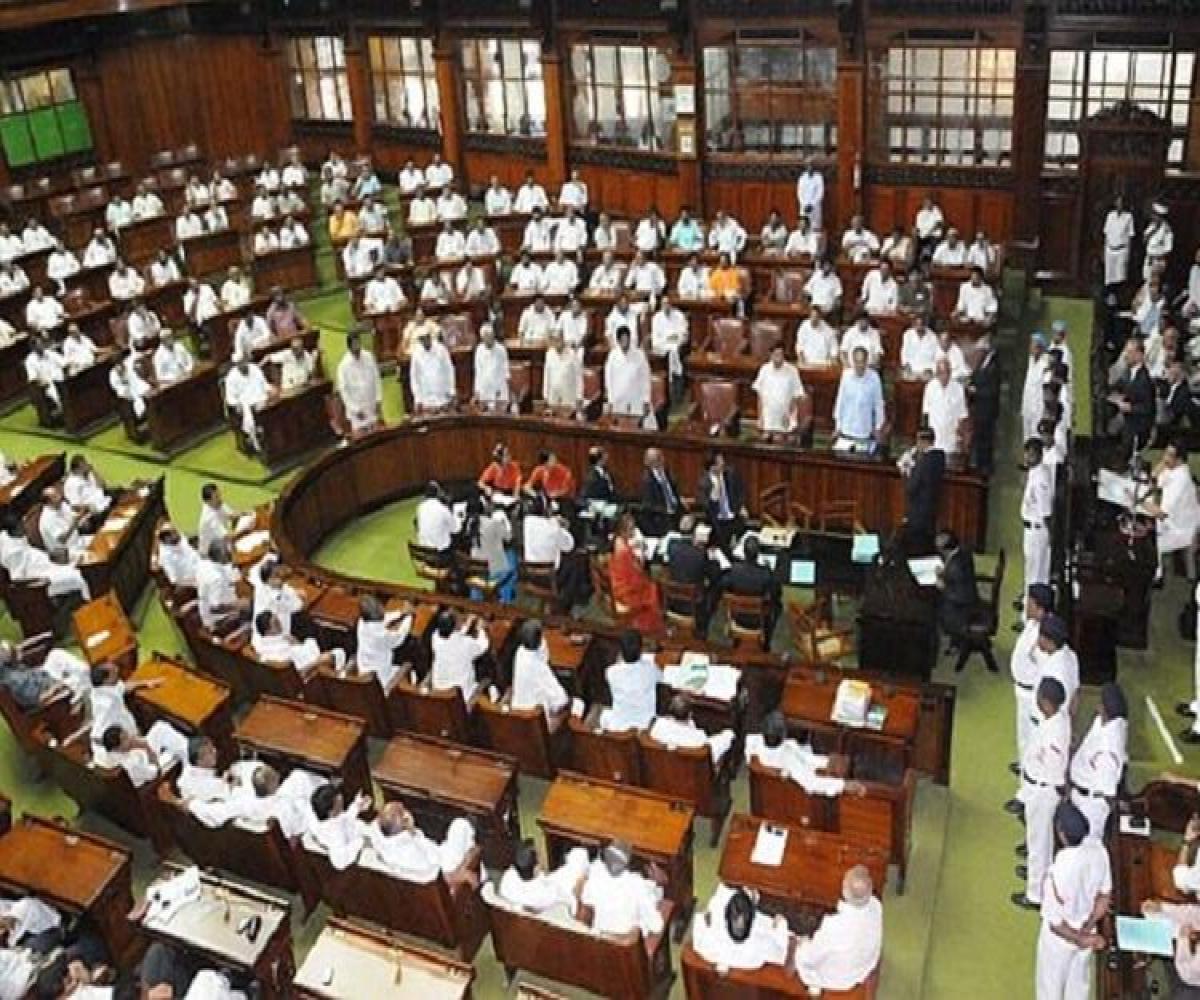 PTI / File image
The ruling BJP in Karnataka is likely to push for a resolution in favour of the Citizenship Amendment Act (CAA) during the ongoing Assembly session, top sources said on Monday.
The resolution is expected to be moved towards the end of the special discussion on the Constitution, scheduled for March 2 and 3, the sources said.
The move is bound to face stiff resistance from opposition parties — the Congress and JD(S) — in the Assembly.
Assembly Speaker Vishweshwar Hegde Kageri has decided to hold a special discussion on the Constitution on the two days to commemorate 70 years of the adoption of the Constitution.
Though the Speaker has expressed hope that the discussion will focus on the Constitution and legislators would take part in it rising above party politics, there are apprehensions in some quarters that issues like CAA and NRC may figure in the debate.
BJP-ruled Gujarat in January passed a resolution, congratulating Prime Minister Narendra Modi and Union Home Minister Amit Shah for securing the passage of the CAA, amid opposition from the Congress.
Several opposition-ruled states like Kerala, Punjab, Rajasthan and West Bengal have passed anti-CAA resolutions in their state assemblies.
Joining the ranks of anti-CAA states, the Telangana government has also decided to pass a resolution in the assembly against the Act.
Like in other parts of the county, Karnataka too has witnessed a series of pro and anti-CAA protests and demonstrations.
On December 1, an anti-CAA protest turned violent in the coastal city of Mangaluru, resulting in the death of two in police firing.
According to the CAA, members of Hindu, Sikh, Buddhist, Jain, Parsi and Christian communities, who have come from Pakistan, Bangladesh and Afghanistan till December 31, 2014, and facing religious persecution there, would not be treated as illegal immigrants, but given Indian citizenship.
The Act says refugees of the six communities would be given Indian citizenship after residing in India for five years, instead of 11 earlier.
Though there were expectations in some quarters that the Governor’s address to the joint sitting of the state legislature on Monday will have some references to implementation of CAA in the state, there was no such mention in his speech.
Seeking to downplay it, BJP sources said: “The issue (CAA) is anyway likely to be discussed during the session in the days to come.”
The session that commenced with Governor Vajubhai Vala addressing the joint sitting of legislative Assembly and Council on Monday, will conclude on February 20.
It will again meet for the budget session from March two, with the state budget being presented on March five. It will go on till March 31.
Body 2:
karnatakanews
0 4
Share FacebookTwitterGoogle+ReddItWhatsAppPinterestEmailLinkedinTumblrStumbleUponVKDigg

It has been a fulfilling journey: Kareena Kapoor on 20 years in Bollywood

‘Wish we got paid leave’: Without work, Bengaluru’s domestic workers are struggling

200 people from Karnataka who attended Jamaat meeting, traced and quarantined

‘Confident that we’ll come out of this crisis’: Uttara Kannada DC Harish Kumar to TNM

Xbox Series X and PS5: The new consoles are all about crazy fast storage